SUMMIT PV modules have been installed on roofs for demonstration purposes. The performances are being monitored.
Demo’s are also integrated in buildings and a SUMMIT Demo Truck has been build.

3. Pilot-installation Eindhoven University of Technology
A functioning model was built. This was a prototype of a pitched roof. On the experience gained with the prototype a pilot-installation was built on the roof of the Eindhoven University of Technology. This pilot installation is built to test the readiness of the COSMOS modules for demonstration projects and gave a clear and practical view of the strength and weaknesses of the modules and the mounting structure.

4. Test set up at IBC Solar
A real time test is performing at the IBC-Solar test site in Schinnen, the Netherlands. IBC Solar has a pilot installation with the new COSMOS Module. The installation will take place under the same conditions as the other test installations on this test site. The modules will be monitored for 24 hours, day in – day out. The results will be evaluated and compared with the results of the other modules from the test site. In this way, the specific features of the COSMOS modules should become clear. 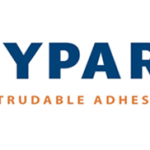